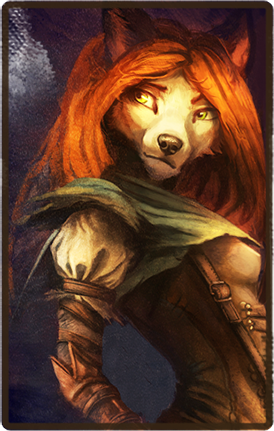 Myre is an adventurous girl who regularly faces great dangers with temerity. As a nomad unbound, she grew up without any timidity of the dangers that exist in the world. Her adventurous and curious spirit carry her all over the world. It is that adventurous spirit that fuels her curiosity in exploring new places as well as new faces. She and Varug, an inseparable pair, have built a short life time of experience, facing creatures, dragons and people who often have their own designs on Myre. The lands of Myre are inhospitable and unforgiving – where only the bold and the lucky survive – where breakfast is as likely to kill you as a sand storm. On Yria there are no second chances. 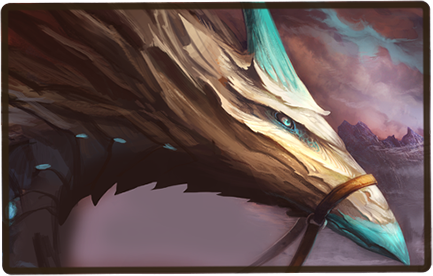 Varug is Myre's inseparable dragon companion and best friend. She shares in Myre's journey as both a sister and friend through the good and the bad of their adventures.

Varug is a female dragon whose distinction is dictated by the species' sexual dimorphism. Female dragons are land based creatures, wingless and without the ability to fly by any other means. Though they forgo their male counterparts' winged adaptation, they instead have a vast and uninhibited range over land. From flat plains and desert wastes to sheer mountain faces; there is virtually nowhere that Varug and others of her kind cannot go. 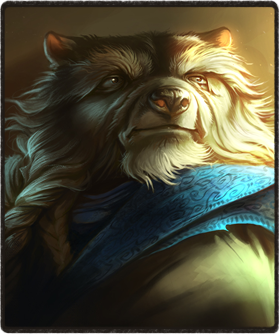 Nobody knows what The Boozer's real name is... except for The Boozer, of course. However, he's delighted to discuss a myriad of other topics at length.

The Boozer is a scarred and haggardly old raccoon, wearing a lifetime of harsh Yrian life on his face – a distinction that he shows with pride. He is a character with plenty of stories to tell and, loving nothing better than telling them (except for perhaps his next glass of ale), he spends most of his time in taverns and seedy watering holes waiting for a young ear to open in his direction.

Though he may be nearly perpetually sloshed, those who know The Boozer will tell you that it would be wise to heed what he has to say. 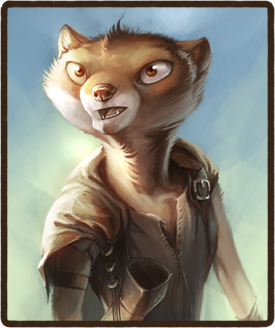 Lutz is a cunning and shrewd kleptomaniac who makes his way as best he can with a fast tongue and an equally fast hand. While his professed trade might be thieving and skulking, he is more adept at running and hiding. Much to his credit, he keeps several large expandable bags on his person for the occasional heist. However, they most often serve as a coat in the cold evenings.
Lutz is a clumsy and self-centered individual. Lutz's world view is extremely insular, as he only ever views events as they pertain to him. Though as skilled as he is at defeating locks, he is not a stalwart combatant. More often than not, a fast exit and a deep shadow are his best weapons when fleeing from confrontation. 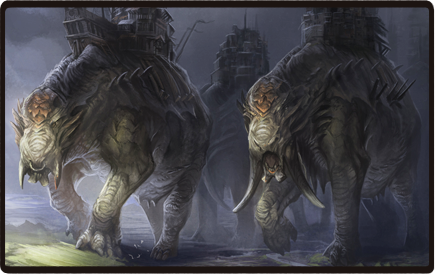 Dwellers are large rhinoceros-like people, strong, tall and sturdy. They exude a palpable presence of menace and mistrust. Most stand well over two meters tall, some more than three. Though they are large in size, they have a great range of dexterity in their manipulation of objects with their hands. They universally have a large horn centered atop the bridge of their nose, just above their snout. In some cases, older Dwellers have a smaller ancillary horn preceding it as well.

The Dwellers are undoubtedly one of the most unpleasant and feared people in all of Yria. They are so named for piled stacks of dwellings they build atop the backs of colossal beasts, endlessly meandering across the plains of Yria. Even for their gargantuan size and their unbelievable physical strength, these beasts of burden barely seem to notice the housings built atop of their backs and the people who live within them. 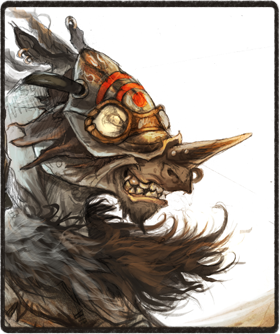 Within a raiding party there is often a scout mounted on a much smaller and faster beast - usually sent in the dark of night to silently approach and appraise settlements that lay in the path of the Dwellers. These scouts survey towns and villages for raids, acting as the eyes for the larger slower herd. They are also instrumental in guiding the packs of colossal beasts around impassible terrain, even for creatures as enormous as they.

Scouts themselves are quite different from other Dwellers in their society. They stand alone and are often isolated for days at time. This can take a heavy toll on their psyche, often driving them to bouts of insomnia and in some cases, insanity. This coupled with their continuous environmental exposure drives many scouts to sociopathic tendencies and antisocial behavior. 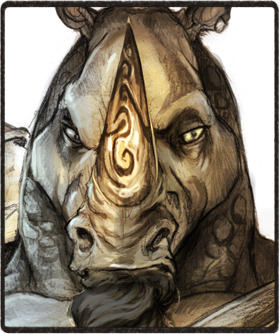 As the de facto leader of the Dwellers, Golgo is perhaps one of the most intelligent and ruthless Dwellers who has ever lived. He inherited his position of Patriarch from his father in a progression of lineage, though he has maintained power through his own skill and ingenuity. His dedication to raiding has ensured the Dwellers have been made quite wealthy for their labors.

Like those of his race, Golgo is an artisan as much as he is a craftsmen. However, his nature lends itself to warfare and raiding, as he is an incredibly well built warlord. It is said that there are few on Yria who could match him one on one, though no one attempts to verify the truth of such claims. 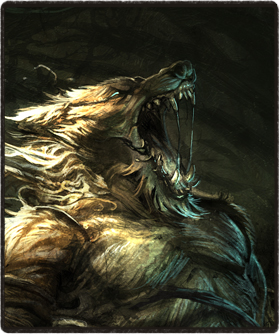 Of all the creatures and mysteries on Yria, there are none so cloaked in darkness as Vunsvagh. Exactly who or what he is has been lost to legend. Though they say that any who enter his realm are never seen again and that to even tread to close to the swamps is to invite a fate worse than death. Now, the only whispers of his name are done so in trepidation and warning never to stray into the dead forests of Yria at night. 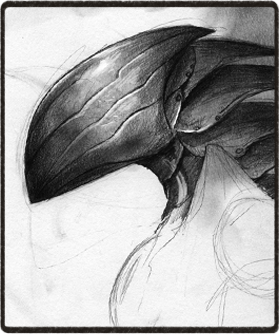 Speaking the name Ildayrah is eagerly avoided in certain realms of Yria – and with good reason.

Ildayrah grew up with his family in the highest towers of the city of Yria, where only the wealthiest and most powerful nobles lived. With the death of his father, Ildayrah was charged with realizing his legacy – to construct a vast city which would be free from the dangers of the surrounding lands. This legacy was the foundation for the once great city of Hanes Giat – a place where all could come and be free of the turmoil and struggle of life in Yria. A place where people could grow and be free of hardship and danger. A haven.

It was in Hanes Giat that the Ildayrah ascended to power and, for a time, ruled in fairness and peace.

But that was the past...